One of the most important technological tools that an office has at its disposal is by far its local intranet. These powerful networks are designed to be the digital support system employees need when they need it the most, with the only real limitation being that they have historically been confined to a single physical location – until now. Thanks to the recently released SharePoint mobile app for iOS, it is now possible to have constant access to an office intranet right from the palm of your own hand – regardless of where you happen to be. 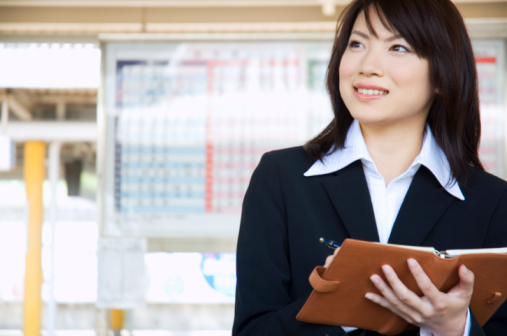 The Future of SharePoint Starts Now

The new SharePoint mobile app for the iOS platform (compatible with all current and last generation iPhone and iPad devices) allows businesses to still have the additional security inherent in an intranet, but gives them the additional benefit of being able to access inter-office portals, content, sites and contacts while on the move.

One of the most notable aspects of the new SharePoint app is that it is built on the foundation of Microsoft Graph’s intelligent machine learning technology, meaning that it literally gets smarter the more you use it. By making use of the GPS capabilities inherent in all iPhone devices, it actually makes it easier to access certain documents and people based on the larger context of your surrounding areas.

Breaking Down SharePoint for iOS

One of the most essential features of the SharePoint for iOS mobile app is the “Sites” tab, which automatically populates with a list of the sites both that a person is following and that they visit on a regular basis. Selecting a site will not only show users a list of the ways they’ve recently engaged with that site, but can also provide quick and easy links to things like pages, lists, subsites, site-specific documents and more. Unique sharing options are also available to make sending an important document or list to colleagues as easy as just a few quick taps of your finger.

The current version of the iOS SharePoint mobile app works with both the 2013 and 2016 versions of SharePoint Server, as well as with all SharePoint Online in Office 365 accounts. It is also compatible with both on-premises and hybrid intranet environments.

It’s also important to note that the SharePoint mobile app is designed from the ground up to link with other Microsoft Office apps that users may have on their iPhones. In addition to seeing files on a local office intranet, the “Recent Files” option will also show users a list of documents they’ve recently created using Microsoft Word or Microsoft PowerPoint, for example. Along the same lines, accessing a SharePoint document library within a pre-existing team site also automatically opens the OneDrive mobile app for iOS, allowing for a much deeper and more organic level of sharing and discovery services.

With the SharePoint for iOS mobile app, businesses now have a bold new tool to use to unlock true mobility anytime and anywhere with no exceptions. Even something like an iPhone can instantly become as powerful and as productivity-friendly as a desktop computer located back in the office, allowing even smaller businesses the ability to compete with their much larger brethren on the new battlefield that is the digital world in which we all now live.

Inspired IT is the trusted choice when it comes to staying ahead of the latest information technology tips, tricks, and news. Contact us at (+61) 08 6142 8221 or send us an email at info@inspired-it.com.au for more information.