Keep track of upcoming changes, including new and changed features, planned maintenance, or other important announcements.

With the release of undo and redo capabilities, users who edit their lists when in grid view will be able to retract any unwanted changes or bring back previously entered information.

This message is associated with Microsoft 365 Roadmap ID 68810

When this will happen
How this will affect your organization

Two changes are part of this feature rollout. 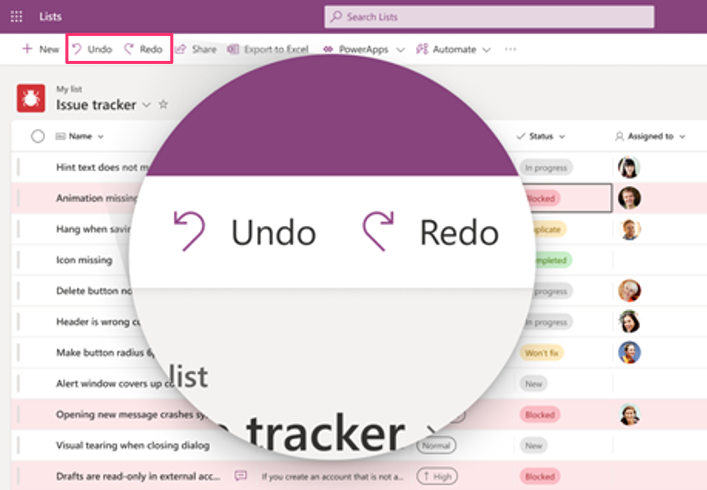 Second, users will be able to use the following keyboard shortcuts to perform undo and redo operations while editing from grid view:

You might want to notify your users and update any related training.