Toshiba Telecommunications is Shutting Down: Here’s What That Means for Business Phone Services

When a major business phone system provider shuts down, it’s important to check your own system to make sure there’s no problem! 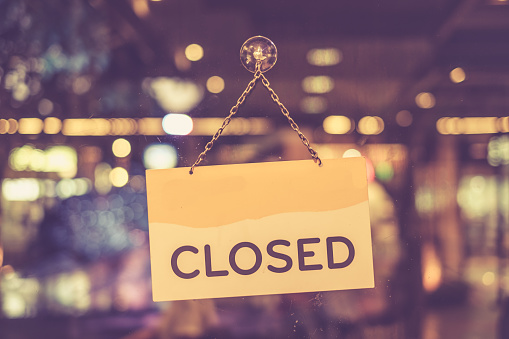 Big news from Toshiba is sending waves through the business community: The company is closing up its telecom branch permanently within the next few months. Specifically, Toshiba is going to be shutting down “TSD” or its Telecommunication Systems Division within the next two months. This division specialized in selling business phone systems and related services throughout North America and even recently announced new VoIP offerings for the United States. Obviously, a lot has now changed, so here’s what you need to know.

Your Phone Services May Be At Risk

Toshiba’s telecommunication products and services will not suddenly shut down, and people won’t immediately come for your business phones, so this limits the damage that this news can do up front. However, problems are developing for businesses that depend on Toshiba systems, so it’s important to find out if you use Toshiba VoIP services, or related solutions. The clock is now ticking on how long those services will be available.

The problem is that your company probably hasn’t bought these services from Toshiba directly. Instead, the more common arrangement is that Toshiba uses more local resellers to package up and sell their services, which often appear under a different brand name. Toshiba’s name may not appear on any of your bills or software information (or at least, only in the fine print). That means it is time to contact your IT department or service provider and ask if any of your services will be affected by the TSD shutdown.

Remember, this is even worse for the resellers than it is for their customers, because they are put in a very difficult position regarding service cancellation. Many resellers are responding by looking for other providers to sell services alongside: Some companies, like Zultys, have even stepped up and offer programs to resellers to help transition their current Toshiba packages to Zultys packages. If one of these deals works out with your provider, you may not need to lose services at all (although your bill may change). That’s why it is important to stay on top of the issue and find out what is going on.

However, there is some good news too! If you want to switch to a new service ASAP to avoid any of these problems, Toshiba will be dropping early termination fees, so it won’t cost you any extra to switch.

Hardware Support Will Probably Be Dropped

Toshiba’s business phone systems were targeted at small to medium businesses, and included some hardware. Hardware is trickier to deal with than software, because it cannot easily be updated – especially if production has stopped. Typically, in these situations, companies like Toshiba offer limited support and replacement services for a year or two (or less), but then even this option dries up. If no one takes over production – and that doesn’t seem likely at this point – then any Toshiba TSD devices have a very limited shelf life.

Find out if you depend on any TSD devices in your company, and start making plans to replace them with an alternative brand. It’s better to do this now than waiting until the last minute…or ignoring the problem and hoping that nothing ever goes wrong with your equipment.

This is a Sign of Bigger Problems at Toshiba

Toshiba is currently going through restructuring, which is one reason that TSD is shutting down. The source of the problem in this case appears to be one of Toshiba’s core divisions, Westinghouse Electric, which appears to be on its way to bankruptcy. Toshiba is under pressure to shut down or at least massively change WE, and this could be one of the first steps to doing just that. It may be worthwhile to see if you have any Westinghouse Electric devices or services as well, and note that its days are numbered.

Toshiba was one of the last big digital business phone system providers in North America…and that’s not necessarily a bad thing. Everyone else is busy switching to a primarily VoIP-focused model (Voice over Internet Protocol, a.k.a. routing phone services through internet connections and using computers to answer phones), for obvious reasons. Even compared to digital, VoIP services are more scalable, flexible, and cost-effective: There is less and less reason to avoid switching to VoIP, and Toshiba’s TSD shutdown is even more proof that the flexibility of VoIP is an ideal option.

The Importance of Picking Providers Carefully

Finally, this is an excellent example of why you should pick providers carefully. Even large corporations are not immune to change, so it’s important to look for providers and vendors that are in it for the long haul – and have the customer support to back that claim up. If a provider is going through restructuring or transition, it’s best to avoid them for now.

For more answers about business communication and information management in {city}, {company} can help! Contact us at {phone} or send a message to {email} and let us know how we can help!